I looked up the symbolism of white moths and for a lot of cultures a white moth means death of a loved one, they also can represent souls, some believe them to be souls that are living, some believe dead, other believe them to be unrested souls saying their final goodbye. However, the symbolism of death and the moth seem to be if one flys into your house or is at the very least alive. This one was not. So I decided to look further into it.

Death in general means transitions. Change, progression, and phases. The place, time, and weather when you come across a dead animal can impact its meaning as well. I found her in a flower pot with living plants on my balcony today. Sunny with a bit of rain. I felt good when I saw her, I felt like I found a treasure or a gift.

Also, to keep in mind, white in general is the color to represent purity and as well as everything (all colors of light add up to white). And the damaged wing would play a role in its meaning as well.

It is also a nocturnal creature. This can be about moving forward by the use of other senses and other means than by going based on what I see directly. Going about in the darkness and letting my intuition guide me…

When interpreting the meaning of this dead animal I have to reflect on what is going on in my life to understand its message… I won’t share the details of what I believe this message means exactly, but I will say that for me it is a message of change and renewal overall. I see it as positive.

I don’t think I would have seen it as a symbol if I had seen it at another time but today I felt it was and was curious to investigate. Looking into what it meant and what is actually going on for me now makes me believe that it is a message for me, a good one.
♡♡♡ 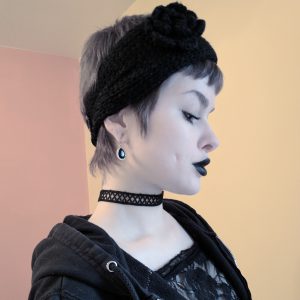 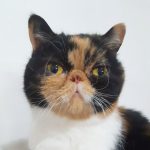 A few weeks ago I adopted Bebe. Her original name was Sybelle but this did not come naturally to me. When I saw the ad I thought of Mimi but when I met her and began to speak to her Bebe (“Bee bee”) just came out. I looked it up later and learned that the … END_OF_DOCUMENT_TOKEN_TO_BE_REPLACED

We use cookies on our website to give you the most relevant experience by remembering your preferences and repeat visits. By clicking “Accept”, you consent to the use of ALL the cookies.
Cookie settingsACCEPT
Manage consent

This website uses cookies to improve your experience while you navigate through the website. Out of these, the cookies that are categorized as necessary are stored on your browser as they are essential for the working of basic functionalities of the website. We also use third-party cookies that help us analyze and understand how you use this website. These cookies will be stored in your browser only with your consent. You also have the option to opt-out of these cookies. But opting out of some of these cookies may affect your browsing experience.
Necessary Always Enabled
Necessary cookies are absolutely essential for the website to function properly. This category only includes cookies that ensures basic functionalities and security features of the website. These cookies do not store any personal information.
Non-necessary
Any cookies that may not be particularly necessary for the website to function and is used specifically to collect user personal data via analytics, ads, other embedded contents are termed as non-necessary cookies. It is mandatory to procure user consent prior to running these cookies on your website.
SAVE & ACCEPT